- agosto 27, 2009
In Mexico, the street trade tradition date back to the pre-Hispanic time. There is some evidence of a big market that worked by Tlatelolco way since fourteenth century, of which years later Hernán Cortés y Bernal Díaz del Castillo detailed and amazing description. Smaller markets but not less important that worked in different points of the city; called ‘tianquiztli’ by the indigenous, they will be the germ of the present ‘tianguis’; mobile markets that settle one or two days a week in different points of the city. These tianguis, in sustained growth, work in a line of difficult outline between the formal and the informal.

With the constant economic crisis that faces the country and the fast decrease at employment generation, what is called ‘informal trade’ has become into a phenomenon of extraordinary dimensions.

By the year 2003, in Mexico, there were more than three million people working on the informal commerce, and the rate of growth was 10 % a year approximately, so supposedly by this time the number of vending stands could exceed the formal commerce establishments. These street vendors are all part of the everyday landscape and also they are part of an economic reality.

Each drawing done by Máximo belongs to a different way of trade, in which is represented the instrument that is used as place of exhibition and sale, but not the product that is sold; this product is showed at the foot of the drawing, in words, together with the place in which the “changarro” was portrayed. The original freehand drawings were made in front of the portrayed “changarro”. 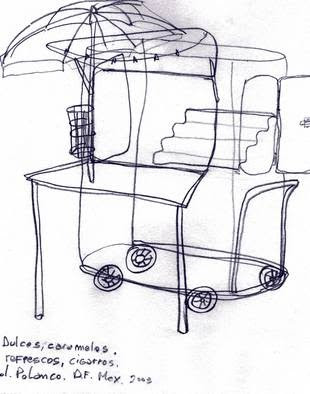 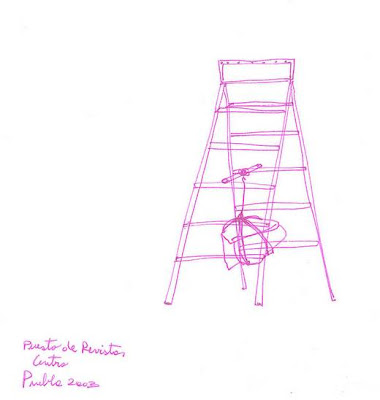 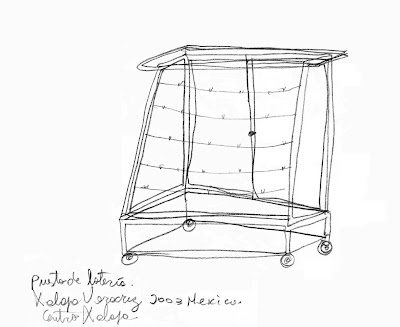 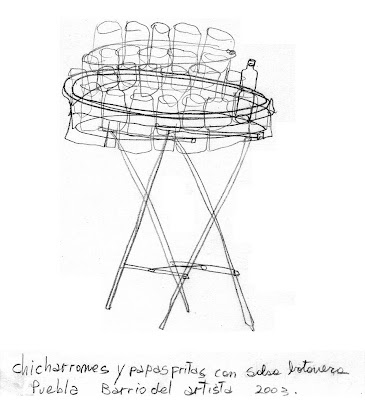 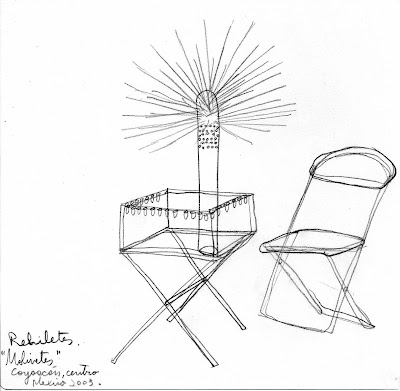 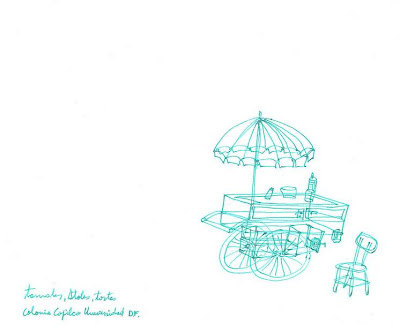 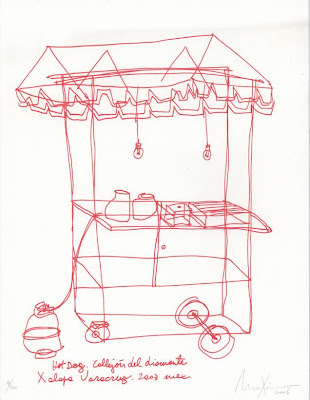 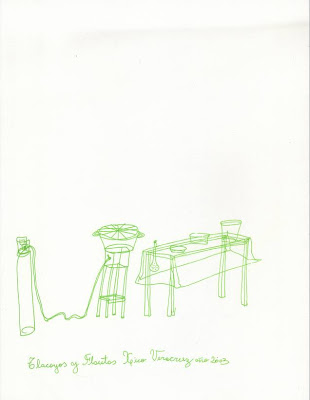 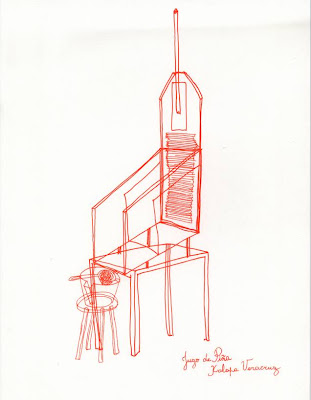 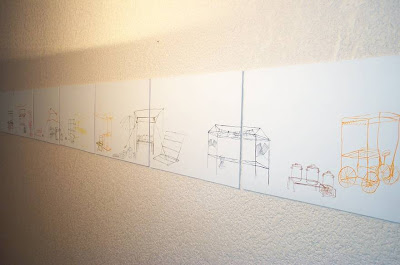 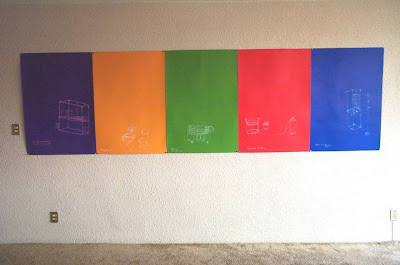 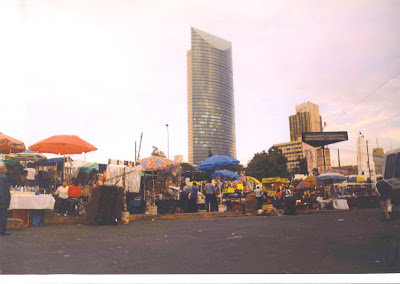